“We are honored that the American Cancer Society agreed to work with us, and become the charity of choice in the USA. The Hercules Trophy will take place at Liberty State Park”, says Inge Van Belle, co-founder of Hercules Trophy International.

“We were so excited to be selected as the charity of choice for the Hercules Trophy, as the event aligns with the Society’s emphasis on leading healthy lifestyles to reduce the risk of cancer,” adds Carla Sterling, senior director of community engagement for the American Cancer Society.  “Our corporate supporters are always looking for new and exciting things to do with their employees. With Hercules Trophy, we can provide a platform for corporate team building while supporting important programs and services for cancer patients. This is the only event of its kind in the USA, and we are delighted to be the exclusive charity.”

“Early bird registration for the Hercules Trophy is now open and we are confident that many teams will join the competition to support the American Cancer Society and the patients they serve. With companies like Google, Amazon, Microsoft, BNP Paribas Fortis, Zodiac Aerospace, MetLife and thousands of other companies participating all over the world, we are convinced the USA will become our biggest market,” says Inge Van Belle. “Americans love sports, fun, teamwork and competition and have a big heart for charity. That’s what we are all about.”

Hercules Trophy was founded in 1999 in Europe, the Hercules Trophy corporate team challenge is a super-charged inter-company sporting team day that builds camaraderie, embraces networking and promotes company loyalty. It has developed into the biggest and most anticipated international teambuilding and networking event in Europe, attracting more than 20,000 people from 600 companies. Hercules Trophy events are run in Spain, Belgium, Germany, The Netherlands, Dubai, Abu Dhabi, South Africa, New York, Baltics, and India.

The American Cancer Society is a nationwide, community based voluntary health organization dedicated to eliminating cancer as a major health problem by preventing cancer, saving lives and diminishing suffering from cancer through research, education, advocacy and service. 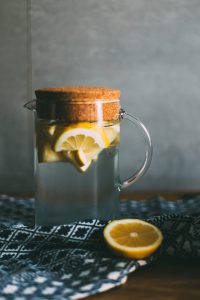