Moody Monday: Why multitasking might be a bad idea after all. According to Georgetown Professor Cal Newport, the ability to perform continuous deep work during which an individual doesn’t get any distractions, is what makes someone successful. The opposite of deep work, multitasking, might even be detrimental to your career, as studies show multitasking makes you less productive.

The importance of being always connected is self-imposed, he says. Checking your emails and social media might help you keep your job, but it won’t get you promoted. Deep work on the contrary, is much more valuable and results in innovative ideas and solutions that’ll get you ahead at what you do.

His research, which was published in Professor Newport’s latest book ‘Deep Work: Rules for Success in a Distracted World’, shows that the muscle responsible for your ability to focus, suffers under a constant switching between tasks, even from smaller ones like simply reading your emails while working on something else. 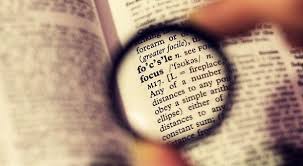 There’s a lot of research to back the idea of multitasking dumbing down the human brain. Psychologists affiliated with the American Psychological Association found evidence of two different, complementary stages in the control processes of the brain. One determines what you want to do right now, the other determines which rules you follow. Both stages help people switch between different tasks. However, as you can read in this extensive article on the website of the APA, problems occur when ‘switching costs’ (the time your brain needs to switch between tasks) interfere with one’s demands for productivity and safety. Multitasking might cost you up to 40% of your productive time.

The University Of London found similar results in their study on the matter. They reported that multitasking drops your IQ by the same amount as missing a good night’s sleep. Professor Sophie Leroy, working at the University of Minnesota, explains the cause for this phenomenon in a paper written by Professor Newport: “People need to stop thinking about one task in order to fully transition their attention and perform well on another. Yet, results indicate it is difficult for people to transition their attention away from an unfinished task, and their subsequent task performance suffers.”

So why do we keep multitasking? The answer is simple…
The more you multitask, the more addicted you become to that quick sense of fulfillment you get when you complete a small task –like answering a text message on your phone. That same sense of fulfillment gives you the idea of being highly productive. In other words, your mind is playing tricks on you and that’s costing you valuable time. You might feel like you’re getting more work done –and you may in fact be getting a lot of work done too- but you could’ve done more in less time if you just gave up on multitasking. On top of that, multitasking can permanently harm your brain, as a study performed by Kep Kee Loh and Ryota Kanai shows. The bottom line of their findings, comes down to multitaskers having less brain density in areas that control emotions and empathy. 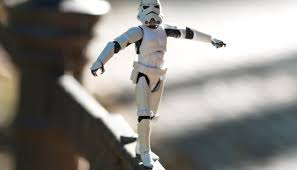 To prevent this brain damage and to maximize your productivity, researchers say you should perform deep work as much as you can. Keep in mind that for deep work to actually work, you can’t be distracted at all. Lay off the phone, social media and email for a while and focus yourself on one task. Whether you’re writing an essay, forecasting your annual revenues or studying, a quick glance at your inbox can weigh heavily on your cognitive functions and thus prolonging the task at hand –and diminishing the quality of your work.

You’ll need some practice challenging your mind in order to achieve your full potential, but here are two easy to follow tips that’ll get you started:
1. First of all, schedule the time when you’ll be using your phone or tablet and stay away from these devices outside the scheduled times.
2. Second –and this is key- never start a new task, when your task at hand isn’t yet finished.