The pace of life and work. These last couple of months, I’ve noticed a significant rise in requests from companies to help them with two critically important issues. The first one, is finding a solution for their workforce, who oftentimes experience a gigantic work overload, resulting in a continuous feeling of being stressed. The second issue has an entirely different nature, but comes down to the same problem. It is in fact, the perception of corporate management on the root of the issue at hand. In their perception, many problems arise at work, simply because employees are not connected to each other. This individualistic behavior is said to both harm productivity and to cause conflicts.

The pace of life and work. During my burn-out treatment and prevention programs, I see those very same perceptions preventing employees from achieving a healthy work life balance. It is indeed interesting to look back in time and examine how the new digital way of working has changed our working environment and which effects it holds on our body and brain. As with any other evolution, there are benefits to the new way of working, but pitfalls as well. Two different studies on the same topic come to mind. The first and most recent study, was conducted by Professor Richard Wiseman and the British Council in which the general pace of life was measured. 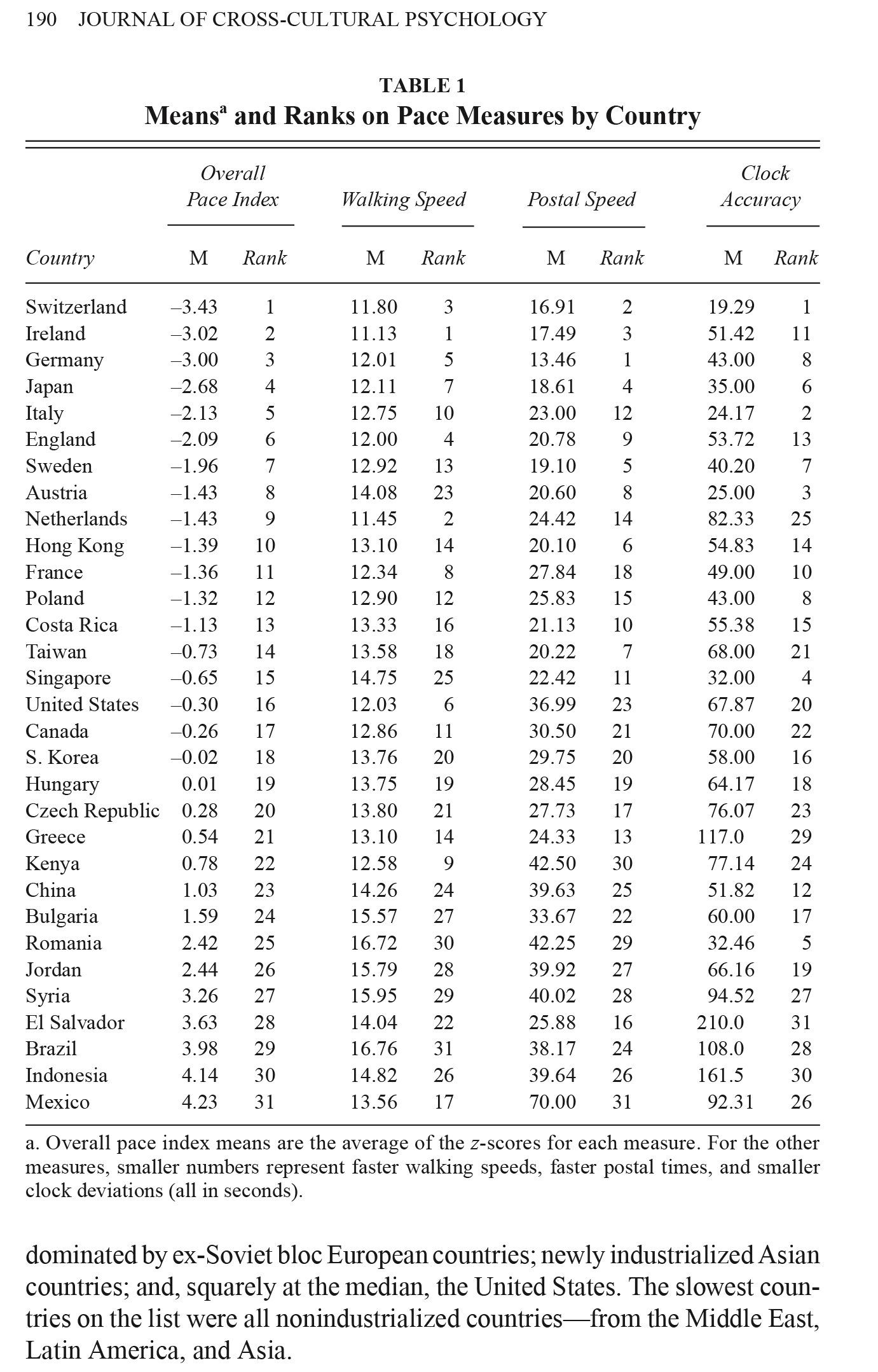 Researchers of the British Council secretly timed the walking speed of thousands of pedestrians in cities all over the world, from London to Damascus.

The study (carried out in 2006), proved that there was a reliable relation between pedestrians’ movement speed and their general pace of life. On top of that, the researchers found that citizens of fast moving cities are less likely to help others and have a higher risk of coronary heart disease.

After comparing the data with the findings of an identical, previous study led by Professor Robert Levine back in the early 1990’s, they found that the present pace of life is now 10% higher than in the roaring nineties.

The most striking results, where found in the Far East where Singapore took the cake with a staggering 30% increase. Prof. Richard Wiseman: “This simple measurement provides a significant insight into the physical and social health of a city. The pace of life in our major cities is now much quicker than before. This increase in speed will affect more people than ever, because for the first time in history the majority of the world’s population are now living in urban centers.”

Surprisingly though, London ranks outside the top ten, whereas Madrid and Curitiba (Brazil) are ranked as numbers 3 and 6. Cities in the Middle East tend to have the slowest pace of life, according to their findings.

The link between a healthy lifestyle and the pace of life and work seems logical. That’s why it shouldn’t surprise anyone that a higher pace of life comes with a higher risk at coronary heart disease for instance. Another important finding on our mental stability and stress perception, is that the higher our pace of life is, the more individualistic we become. There’s a high price to pay for our lack off connectivity: it increases stress and strongly harms our productivity at work.

There are positive sides to having a high pace of life as well of course. Fast paced regions have a higher economic vitality to name one thing and people there find themselves to be happy and have an overall feeling of wellbeing to name another. Two not to be underestimated positive side effects of the right level of stress. It is only when the pace becomes too high for our brain to follow, that we go into a psychological overload and start suffering from stress related diseases -and lose every sense of our social environment in the process.

It’s a major challenge for all companies alike to find out where the healthy balance for their co-workers lies. Figuring out how to deal with employees’ individual and different paces of life in their workforce, is another serious challenge they’re faced with. In order to be successful, companies will need to find a way to inspire their co-workers to connect more with their peers and to help one another when and where they can. Only by reinforcing the connecting bonds between colleagues, can stress be lowered to a minimum resulting in a healthy pace of work.