FAN FRIDAY: BNP PARIBAS FORTIS. BNP Paribas Fortis offers the Belgian market a comprehensive package of financial services for private individuals, the self-employed, professionals and SMEs. In the insurance sector, BNP Paribas Fortis works closely with Belgian market leader AG Insurance. The bank also provides wealthy individuals, corporations and public and financial institutions with custom solutions for which it can draw on BNP Paribas’ know-how and international network. BNP Paribas is a leading bank in Europe with an international reach. It has a presence in 75 countries, with more than 189,000 employees, including more than 146,000 in Europe.

BNP Paribas Fortis started participating in the Hercules Trophy back in 2011 with one team. Ever since, the number of participating teams kept growing and growing. An astonishing 21! teams already registered for this year’s Trophy in Mechelen. They even sent out a mailing to all of their employees, asking them to vote for their favorite BNP Paribas Fortis team. A gesture that shows they truly believe in the Hercules Trophy. 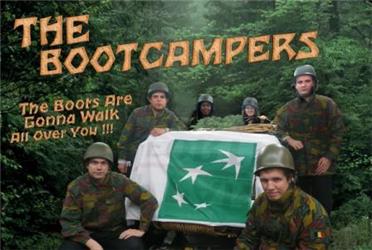 they participate in the Trophy every year, their answer is “because it’s like Ketnet for adults (Ketnet is a youth channel on Belgium television). Hercules Trophy is a mature playground. It’s a day full of fun, teamwork and at the end there’s an awesome after-party. Bonds between employees are being made or strengthened and all of this through 12 sporty challenges.” We couldn’t describe it any better.

BNP Paribas Fortis told us that the Hercules Trophy really helps them in achieving a positive image to the outside world. You compete against 70 other teams and show up with a lot of enthusiasm. This makes your company really attractive. It is nice to meet people from other companies and industries. Networking isn’t the most important part of the Trophy but it certainly is a plus. It wouldn’t be the first time business contacts were made at the Trophy! 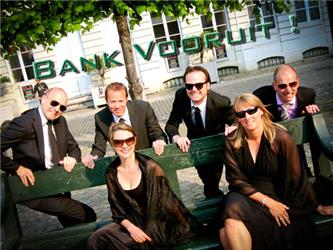 In 2012, Bank Vooruit!, a team of BNP Paribas Fortis, won the ICT Trophy Belgium. When asked for tips, they tell us that you definitely should come with the goal to have fun. The focus shouldn’t be on winning, if you’re enjoying yourself and if you bring lots of positive energy, the results will follow automatically. It is equally important to choose a slogan and song that are really motivating and describe the team. Bank Vooruit! chose ‘save the drama for your mama, let’s play!’ a slogan that clearly indicates they don’t want to have arguments but are ready to compete. As their team song they chose Bangarang by Skrillex. A song with an awful lot of energy! We’re certain they were properly hyped up to start the Trophy.